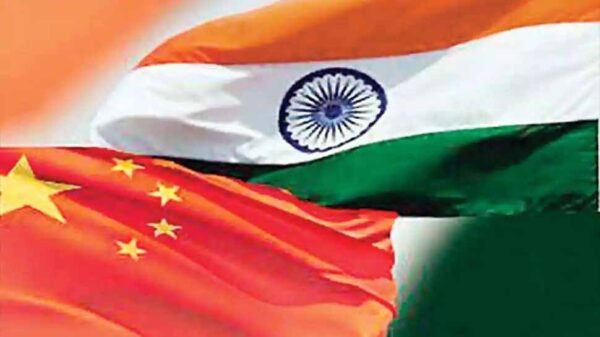 Six months after PLA troops came in 8 km west of the point which India says marks the Line of Actual Control on the north bank of Pangong Tso to trigger a military standoff in Ladakh, China has proposed moving its troops back to Finger 8, and return of troops by the two sides to their original locations on the south bank of the lake.

The proposal also includes moving back tanks and artillery to the depth areas on either side to reduce chances of any incident in a region where tensions are already high, and troops are battling the harsh Ladakh winter.

While there is no agreement on this proposal, official sources said India is considering the Chinese offer, and modalities for other friction areas are still under discussion.

India’s insistence on status quo ante – of troops returning to their April locations – and China’s reluctance to disengage, especially on the Pangong north bank, has had the two sides deploying thousands of troops, tanks, artillery and air assets in the region.

In the previous seven rounds, entire delegations held talks. But on November 6, the commanders also held one-on-one talks, sources said, underlining that there is no agreement yet on the Chinese proposal and the commanders are likely to meet again soon.

“There was a proposal” from China, a senior security establishment official said, “that it is ready to move back to Finger 8” on the north bank of Pangong Tso. The proposal, the official said, also mentioned that Indian troops would be at the Dhan Singh Thapa Post, just west of Finger 3.

The proposal includes creation of a temporary no-patrolling zone between Finger 4 and Finger 8, the official said, “to prevent any friction”.

Troops on the south bank of Pangong Tso are also supposed to return to their original positions, according to the proposal.

“Everything is in the grey zone. Nobody has formally committed. All matters of details are currently under deliberations,” the official said, adding “modalities, timelines, distances” are being discussed between the two sides.

“How it will be done, when, nothing is agreed” as of now, the official said.

Pointing to the “trust deficit”, the official said, “everything will be based on verification”. Though the proposal is being considered at the highest level, India will continue to remain cautious, the official said. The “trust deficit” widened after the Galwan Valley clashes on June 15 in which 20 Indian Army personnel died and the Chinese too had an unspecified number of casualties.

According to India, the LAC passes through Finger 8 on the north bank of Pangong Tso. In May, Chinese troops came 8 km west, up to Finger 4.

After an initial round of disengagement in early July, the Chinese stepped back from the base of Finger 4 to Finger 5, and Indian troops moved to Finger 3. But the Chinese refused to vacate the ridge of Finger 4, and have been there ever since.

In late August, Indian troops surprised the Chinese by occupying dominating heights on the south bank of Pangong Tso, and in the larger Chushul sub-sector.

Indian troops positioned themselves on Gurung Hill, Magar Hill, Mukhpari, Rechin La and Rezang La. They now have direct view of China’s Moldo Garrison, and the strategic Spanggur Gap, which can be used to launch offensives — as the Chinese did in 1962.

Indian troops also readjusted their positions on the north bank of the lake, occupying features to dominate Chinese positions on the ridgeline connecting Finger 3 and Finger 4. This scramble for heights led to warning shots being fired by the two sides.