Arguably the world’s most important bilateral relationship is between the USA and China. With president-elect Joe Biden to replace Donald Trump in the White House, what are the Chinese Communist Party’s (CCP) thoughts on the change in reins?

Though a number of national leaders have already rung Biden to offer congratulations, notable among the absentees so far are China and Russia. Certainly the relationship between the USA and China is its most fractious ever, as Chairman Xi Jinping accelerates efforts to influence and browbeat others, and a belligerent Trump has refused to back down.

Ironically, there is both Chinese consternation and handclapping over Trump’s past four years. Difficult for Xi has been the business mogul’s unpredictability, and among the people there is bewilderment as to why so many Americans support their narcissistic leader. Yet at the same time, China is pleased at the confusion Trump has infused among friends and would-be allies over his controversial policies and style.

The US election campaign has provided plenty of ammunition for the CCP to make its case that its political system is superior. The CCP’s compact with the Chinese people is that they will have less freedom but more stability and unity. Indeed, Beijing will have reinforced its conviction that the USA is in structural decline, and the notion that there is systemic antagonism towards China so as to contain its rise.

This election encourages Chinese nationalists to continue belittling Western-style democracy. Thus, Hu Xijin, editor of the Chinese tabloid Global Times, posted on Sino Weibo, “American society is now highly divided, which creates the soil for further political derailment.” This is in sharp contrast to the immutable stability of the CCP, of course!

Naturally, it is difficult to ascertain the true feelings of the CCP’s innermost core. However, Chinese state-owned media reacted with cautious and measured optimism to Biden’s election victory. This approach is part of China’s propaganda narrative – optimism over Biden’s election, but continuing to peddle the story that the USA as a whole is in irrevocable decline. On Weibo, the US elections were the most-searched topic, demonstrating huge interest there.

The Global Times quoted Xin Qiang, deputy director of the Center for US Studies at Fudan University, as saying deteriorating relations had entered a vicious circle, leading to damaged strategic mutual trust, suspended high-level communication and little concrete cooperation. He assessed “it will take time to rebuild mutual strategic trust”.

Similar sentiments were expressed by Jin Canrong, associate dean of the School of International Studies at Renmin University: “Biden will be more moderate and mature on handling foreign affairs,” and this will usher in a “buffering period” to slow worsening ties.

Nonetheless, Beijing’s optimism is certainly not getting out of hand. Jin said, “We should not put too much expectation on Biden, because to contain and confront China is a strategic consensus between the two major parties of the US.” He added that “Biden might mean different measures but not a different direction”.

There is realistically no expectation within the CCP of a U-turn in American posture towards China, nor even a return to Obama’s genteel foreign policy. China might hope for a reduction in trade tariffs, though Biden can use the current sanctions as a useful bargaining chip. Decoupling in high-tech sectors will continue, and there is hope that Biden will appoint officials that are less hawkish.

Biden’s China policy should be more predictable, strategic and calculated, rather than Trump’s shoot-from-the-hip style. Surely the CCP will be seeking a return to greater stability, something akin to a minor reset in their bilateral relations.

However, things are not so simple. The Covid-19 pandemic – which originated in China – has exacerbated already strained relations. There is strong US bipartisan consensus that China is a strategic competitor, and outrage exists over the incarceration of more than a million Uighurs in concentration camps, state-sanctioned spying, industrial espionage, 5G network domination, political influence operations, debt trap and wolf warrior diplomacy, trade war, illegal territorial claims in the South China Sea, huge investment in the People’s Liberation Army, and the CCP’s despicable treatment of Hong Kong.

These matters cannot be swept under the carpet; the tide has changed. A Pew Research Center poll revealed that 73 per cent of Americans now have a negative view of China, up 20 per cent since 2017.

Nonetheless, China will do its best to pressure Biden into resetting ties. Biden’s son’s business ties with China could be one avenue the CCP pursues. The US business lobby will also pressurize Biden, including semiconductor manufacturers, farmers and financial institutions looking for Chinese money.

The Democratic Party under Barak Obama had a poor record of dealing with China, its policy marked by benign softness. There are still plenty of progressives in the party that want to restore relations with China, and figures such as John Boehner, Diane Feinstein, Joe Lieberman and Mitch McConnell have strong financial links there.

The Democrats never owned up to getting it wrong under Obama, and history-denying excuses to watch out for from the party are, “Nobody could have foreseen what would happen”, “There at least hasn’t been a war”, and “If we had treated China like an enemy, it would have become one.”

Many talk a good game, but will they follow through? The Democrats may say they will be tough on China, but there is scant evidence to date. Furthermore, Biden will have his hands full handling domestic issues such as rampaging Covid-19 and political discord. With so much going on at home, can he devote energy and time into strengthening America’s forward presence in the Indo-Pacific? Will he have the stomach to stand up to China as his pugnacious predecessor did?

Trump clearly identified China as the biggest threat to the USA, something to which Biden has paid lip service too. Although he advocated for closer Sino-US economic cooperation while he was in the Senate, Biden now says China is “the greatest strategic challenge to the United States and our allies in Asia and in Europe”. Biden has called Xi a “thug” and promised “swift economic sanctions” if China unduly interferes in American companies or citizens.

Additionally, Biden has declared, “China’s continuing oppression of its own people, especially the abuse and internment of more than one million Uighurs, is one of the worst human rights crises in the world today. It can’t be ignored. Human rights must be at the core – not periphery – of our engagement in the world.” He now has an opportunity to back up his words.

Biden has also vowed to lead an international campaign to “pressure, isolate and punish China”. As Covid-19 began spreading, Biden said, “The United States does need to get tough with China. The most effective way to meet that challenge is to build a united front of US allies and partners to confront China’s abusive behaviors and human rights violations.”

In fact, this should be one of the hallmarks of Biden’s presidency, that of multilateral accord. Presumably, Biden will not antagonize American allies and friends the way Trump did. China will be concerned about that, particularly US relations with countries like Australia, India, Japan, the Philippines, South Korea, Taiwan and Vietnam.

Sino-US interests will continue to clash because of strategic competition, but Biden may be able to generate strong multilateral support against Beijing. Indeed, with greater predictability, Biden’s China policy may well be more effective. This is the opposite side of the coin to those who say Biden may be too soft on China compared to Trump.

Collin Koh, research fellow at the Institute of Defence and Strategic Studies at the S. Rajaratnam School of International Studies in Singapore, tweeted, “Biden could be more worrisome for Beijing than Trump ever was. Trump had been mocked in PRC as helping to make the country look better on the world stage. A Biden admin may also respond better to Beijing’s challenge with allies and partners’ help.”

Many countries, including a number in Asia, will be heaving a sigh of relief that Biden has replaced Trump. The latter cajoled allies, questioned historic friendships and took a transactional approach that left a bitter aftertaste in the mouths of many. Biden now has to allay fears around the world that the USA is in decline.

Critical in these efforts will be the office holders that Biden selects. The strongest contender for defense secretary is Michele Flournoy. She is hawkish, writing in June, “If the US military had the capability to credibly threaten to sink all of China’s military vessels, submarines, and merchant ships in the South China Sea within 72 hours, Chinese leaders might think twice before, say, launching a blockade or invasion of Taiwan.”

Anthony Blinken is a contender for secretary of state, but Susan Rice is touted as the strongest candidate. However, many in Asia would consider her a “catastrophic” choice. As Obama’s National Security Council Advisor, Rice showed little interest in Asia and no stomach for confronting China. For example, when meeting Xi in 2016, she did not even raise the issue of the South China Sea in the wake of the Permanent Court of Arbitration’s decision against Beijing.

The Neican newsletter predicted, “US-China relations could potentially stabilize in 2021 after falling to the worst state since the establishment of diplomatic relations between the US and the PRC in 1979. Biden’s more predictable and measured approach to China may help to drive this. Beijing will likely be receptive to reciprocal measures to improve relations, such as lifting visa restrictions and opening Houston and Chengdu consulates.”

If China plays its cards right, it could extend a gracious hand to Biden, an olive branch, if you will. China knows a period of intense rivalry with the USA has arrived. What it needs is time to build its domestic market and reduce dependency on the West, to continue enhancing its military strength in Asia, and to exert more influence through the Belt and Road Initiative. A more stable relationship with the USA in the interim could help Xi further these objectives.

Conversely, if Beijing feels this approach is making no progress, it may well play hardball, perhaps manufacturing a crisis in the South China Sea or elsewhere to test the resolve of the new administration. China could try to lull Washington into a false sense of security before taking stronger action. This means the USA cannot let down its guard in any respect.

Nonetheless, China will be on guard itself, because Trump still has 70 days left in office. Will he pursue some reckless last gambit? That is a fear the CCP leadership holds, that Trump could go out with a bang. For instance, Washington could send a senior US official to Taiwan, or Trump could charge China of “genocide” or of being a currency manipulator.

In his last weeks, Trump may also attempt to solidify various pieces of policy, including his China stance. Any effort by the Democrats to reverse Trump’s last-minute executive orders could set them up to look soft.

Worthy of note is Taiwan, with Trump strongly supportive of this democratic nation with arms sales, for example. Beijing will attempt to slow or reverse that trend. Biden’s foreign policy might not be as aggressive as Trump’s in its support of Taiwan, but reduced recklessness might help calm frayed nerves on both sides of the strait.

China has weathered Trump for four years, but its grand ambitions are longer-term than that. Indeed, China has already charted its course, as witnessed at the Fifth Plenum last month. Xi’s 2021-25 Five-Year Plan vows self-reliance in technology, predicts a worsening external environment, increasing global uncertainty, more centralized control of the economy and a rejection of liberalism.

Beijing does not expect a dramatic turnaround in bilateral fortunes under Biden or anyone else, so it is digging in its heels for the long haul.

(This story has been published from a wire agency feed without modifications to the text. Only the headline has been changed.) 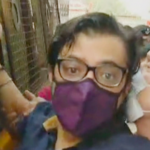 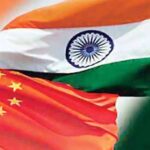