Biden’s victory in the battleground State of Pennsylvania put him over the threshold of 270 Electoral College votes he needed to clinch the presidency, ending four days of nail-biting suspense in a deeply divided country.

US President-elect Joe Biden concluded his victory speech by reciting his deceased son Beau’s favourite popular Catholic hymn “On Eagles’ Wings”, hoping that the carol will give comfort to many Americans grieving the loss of their loved ones due to the COVID-19 pandemic.

Mr. Biden, 77, who is a practising Catholic, said the hymn has inspired him through the final days of his election campaign.

He would be the second Catholic to hold the office of the President after John F Kennedy in 1960.

The Democrat leader lost Beau, an Iraq war veteran who had served as Delaware’s attorney general, in 2015 to a brain tumour at the age of 46.

Mr Biden defeated Donald Trump in a bitter and closely-fought presidential election — billed as one of the most divisive in recent American history.

The President-elect gave his victory speech before a drive-in audience in his hometown, Wilmington, Delaware on Saturday night, nearly ending the uncertainty over the outcome of Tuesday’s election.

Mr. Biden said he hoped the song would give comfort to the many Americans who are grieving a loved one as a result of the coronavirus pandemic, CNN reported.

“My heart goes out to each and every one of you,” he said, adding “hopefully this hymn gives you solace as well.”3.10 PM

President Donald Trump’s reelection defeat has made him the 11th sitting president in US history to lose the White House in a general election campaign.

Ten of those were outright reelection bids. Gerald Ford, who ascended to the presidency following Richard Nixon’s resignation, also lost his campaign to remain president in 1976.

The last President to lose a reelection bid was George H.W. Bush in 1992.

Grover Cleveland lost his reelection campaign in 1888 but won back the White House four years later by defeating sitting President Benjamin Harrison. He is the only president to have served two nonconsecutive terms, CNN reported.

This list does not include sitting Presidents who did not receive their party’s nomination for the next general election, it said.

Jared Kushner, Donald Trump’s son-in-law and senior adviser, has approached the President about conceding the closely-fought election to his Democratic rival Joe Biden, according to media reports on Sunday.

The move comes following Mr. Trump’s assertion in a statement from his campaign — after major U.S. media outlets projected that President-elect Biden will become the 46th president of the United States — that Mr. Biden is rushing to falsely pose as the winner and that the race is far from over.”

Mr. Kushner has told others that he has urged the President to accept the outcome of the race — even if Mr. Trump won’t come to terms with how it was reached, the Associated Press also reported on Sunday. 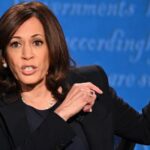 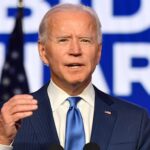